The following web links provide additional insights into subjects discussed in The Last Shofar! and Mysteries of Jesus’ Life – Revealed. The authors of these websites are respected for their biblical knowledge on end-time subjects. We may, however, not agree with every detail presented by these authors. 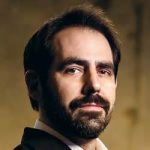 New York Times bestselling author of Antichrist—Islam’s Awaited Messiah (2006), Mideast Beast—The Scriptural Case for an Islamic Antichrist (2012), The Islamic Antichrist (2015), and When a Jew Rules the World: What the Bible Really Says About Israel in the Plan of God (2015). Joel’s books incorporate groundbreaking biblical research with unique insights. An internationally recognized preacher and teacher, Joel has been featured on numerous radio, television, and news outlets for his insights related to the Middle East, Muslim outreach, and biblical prophecy – especially related to the coming Antichrist. 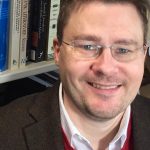 Author of Antichrist Before the Day of the Lord—What Every Christian Needs to Know About the Return of Christ (2013) and Prewrath: A Very Short Introduction to the Great Tribulation, Rapture, and Day of the Lord (2014), among others. Alan’s works incorporate a scholarly, yet easy to read biblical defense for the futurist, premillennial, PreWrath Rapture position. His website contains timely new postings and announcements of Alan’s speaking and public-debate schedule. 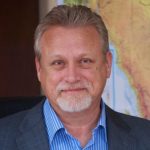 Author of Daniel Revisited–Discovering the Four Mideast Signs Leading to the Antichrist (2013) and Hidden In Plain Sight (2012). Mark shows how the book of Daniel reveals secrets of the end-times; the Bible and history work together to reveal four major events (‘Signs’) preceding the Tribulation. He shows that what has been taking place in Iraq, Iran, Syria, Egypt and Turkey is part of God’s plan, fulfilling prophecy revealed in Daniel. Mark’s postings are current with new developments in the Middle East, offering intriguing insights into what Mark believes to be fulfillment of prophetic Scripture as seen in the Book of Daniel.