From time to time, the works of certain authors are identified as having distinct value to the discussion of end time events. We highly recommend the following authors and their published works for your reading. The books shown below are excellent resources for end times discussion. 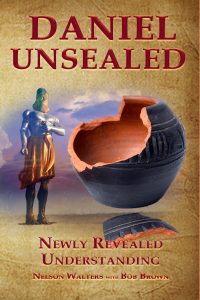 Daniel was instructed to conceal the words and seal up his book until the end times (Dan 12:4). In the spiritual realm, I imagine he placed the Book of Daniel in a sealed jar, and it has laid dusty in a corner of heaven for 2500 years. But what if God has just broken open the jar? Should we re-examine all of our favorite prophecies anew now that Daniel is unsealed? I think the answer is a resounding, YES! Using sound biblical exegesis, we uncover the shocking identity of the Beast Kingdom; the countries that make up the Ten Horns of the Beast; why Time, Times, and half a Time is divided into three parts; and the meaning behind Daniel’s mysterious numbers of days: 1290 and 1335. If these are the end times, then the Book of Daniel is newly unsealed, able to be read spiritually for the very first time. Prepare for an epic journey through this amazing book of prophecy to learn what God has planned for his saints in the Last Days. 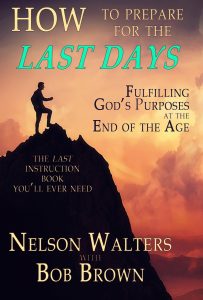 According to a recent survey by the Barna Group, 73% of Evangelical Christians believe that we are living in the end times right now. So, what are they doing about it? Many are hearing about the end times, but most are doing precious little. This book is a How To of information about the last days, based upon Jesus’s commands, so that Christians can become doers of the Word, not just hearers of the Word. Come learn what God’s purposes are for the end times and join Him in the greatest, most amazing evangelistic effort of all time. 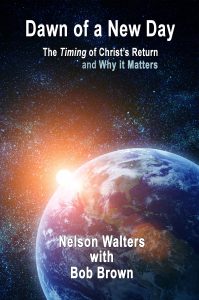 If you are even a little bit concerned about your last days on earth and your eternal future, then this is a book you must read. And you must share it with those you love and with those in your church. The chronology of when Jesus’ glorious return will take place — before or during what many call the Tribulation — is the most controversial issue still facing the Church. Many favor the common Christian doctrine “In essentials unity, in non-essentials liberty, and in all things charity” as an explanation why all views of the return of Jesus are equal and valid. But what if our understanding of the return of Jesus is an essential — a most essential?  What if the eternal fate of millions hangs in the balance? In this unique, one of a kind, 21 chapter book, Nelson and Bob provide the biblical evidence for the timing of Christ’s return and why it matter. 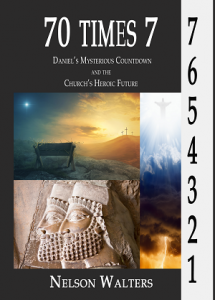 Daniel’s “70 Weeks Prophecy” is the foundation of most Christian end time understanding. But what if Christian culture’s assumptions are mistaken and the “Prince who is to Come” ISN’T the Antichrist, the “Covenant with the Many” ISN’T a peace treaty, and a 360-day “prophetic year” ISN’T biblical. Instead what if the prophecy foretells a glorious and heroic future of the Church prior to the return of Jesus that no one is expecting! Learn how the Dead Sea Scrolls provide us with a clear understanding of what first century Jews thought about the prophecy, that the historic dates of Jubilee years and Shmitah years are knowable and explain the prophecy, and that the prophecy foretells the timing of the Rapture. 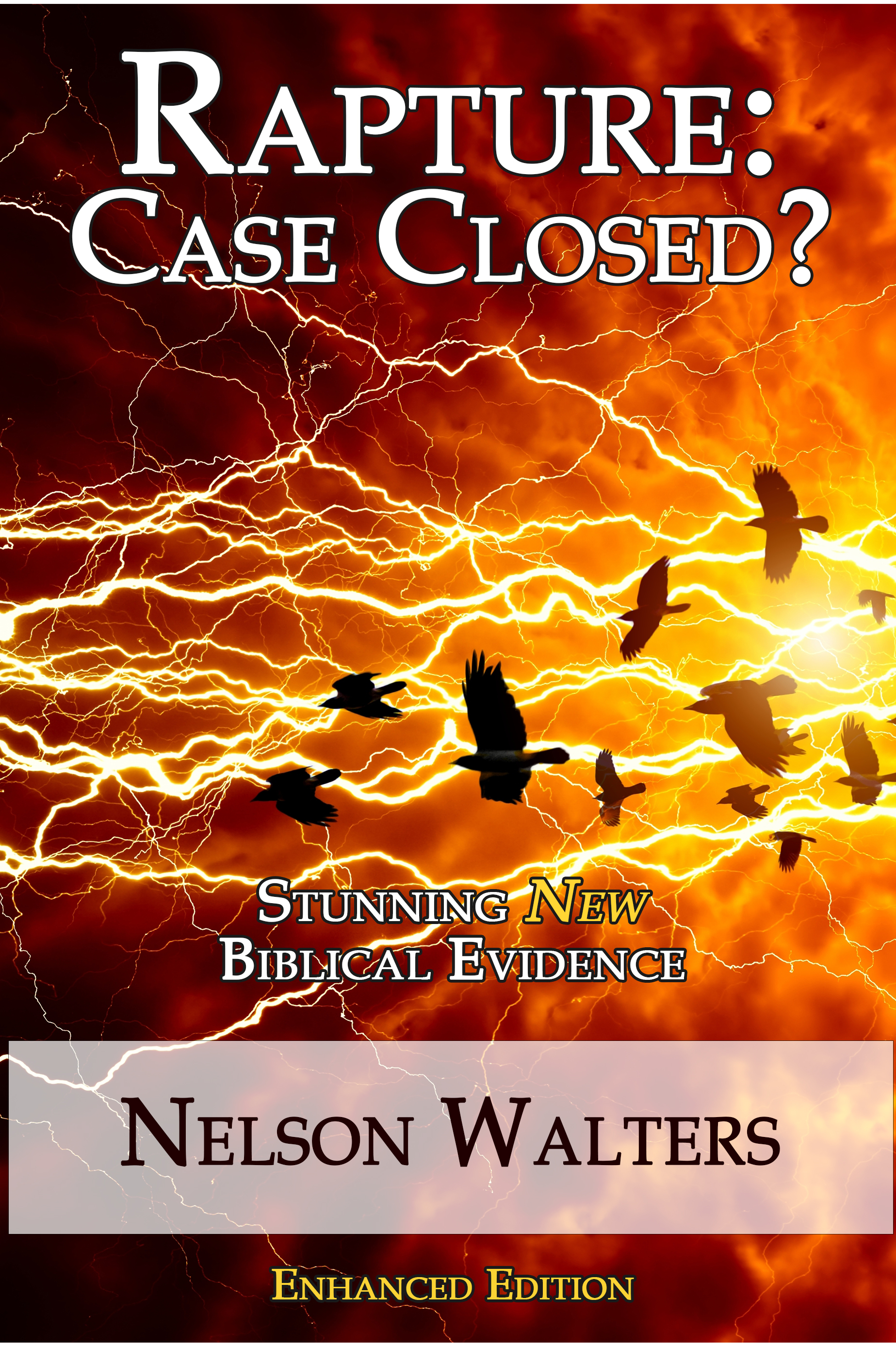 Since the beginning of Christianity, believers have struggled with one of the most distressing questions of faith: “Will the church face the Antichrist?” Through 147 specific scriptural proofs, including many stunning, never-before revealed truths, Nelson Walters comprehensively builds a case that reveals the nature and timing of the Rapture and, perhaps most importantly, provides the faithful with the information they will need to prepare for the most fundamentally challenging period in human history: The Tribulation. 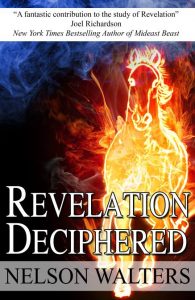 In this masterful (and massive) work, Nelson Walters the links between hundreds of Old and New Testament passages and Revelation. These links provide answers to questions have have remained hidden for centuries. For the first time Believers and non-Believers can know with certainty what the future holds in the coming end times. 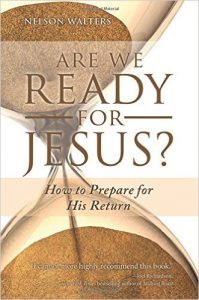 Are We Ready for Jesus?

Nelson Walters presents new insights on the Olivet Discourse and the end-times message to the Church of the four Parables which Jesus presented in Matthew 24 and 25. Walters makes a compelling case for the Church to wake-up and provides information from the parables on how the Church needs to prepare. Are We Ready for Jesus? is the best book to give to a pastor or church leader to challenge them to wake up for the coming of Jesus. 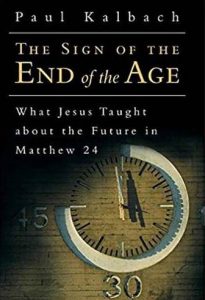 The Sign of the End of the Age: What Jesus Taught about the Future in Matthew 24 provides a detailed, verse-by-verse discussion of the Olivet Discourse in Matthew 24, which is the Lord’s clear road map to the end times. In his book, Paul Kalbach invites the reader to first understand what Matthew 24 is all about — whether the future of Israel or the end of the age for all believers, including the Church. He then presents extensive, scripture-based arguments regarding the timing of events during the 70th Week of Daniel, including a prewrath rapture of the Church. 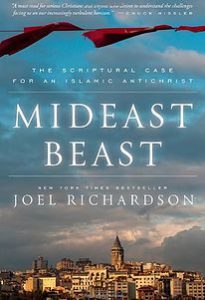 Mideast Beast –The Scriptural Case for an Islamic Antichrist

Through a scholarly and theologically grounded, yet simple presentation, Richardson thoroughly corrects the objections of critics, establishing beyond a doubt the biblical case for an Islamic Antichrist. This is a quantum shift in thinking. The case is made that the Antichrist will be a Muslim, whose empire will arise out of the Middle East. 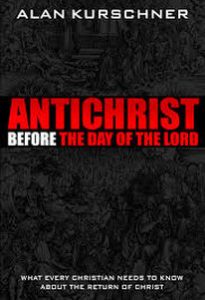 In this thought-provoking and freshly examined account on the Second Coming of Christ, Alan Kurschner traces the key topics and passages, providing compelling biblical evidence that the church will first encounter the Antichrist’s great tribulation before Christ returns to rapture his people and judge the world. Kurschner brings his skill and knowledge of the Hebrew and Greek languages to present a convincing scriptural case for his position. The conclusions are a strong confirmation of the Pre-Wrath Rapture position, as is endorsed in The Last Shofar! 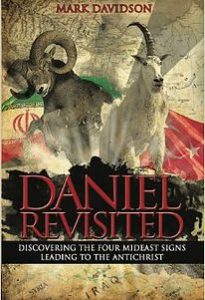 Mark Davidson makes a clear case for the book of Daniel being unsealed, revealing secrets of the end-times that previously were hidden—the events unfolding in the Middle East today, leading to the Antichrist. Davidson shows how the Four Horsemen of Revelation are intimately linked to Daniels’s prophecy and how Four Signposts are pointing to a Muslim Antichrist and the start of the 70th Week of Daniel. Daniel Revisited provides revelation, insight, warning, and encouragement for the Church today. A highly recommended book! 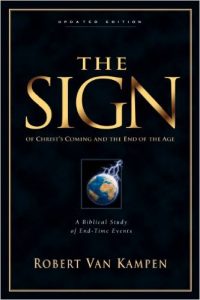 Founded on the conviction that Biblical prophecy will be literally fulfilled just as revealed in the Scripture, The Sign addresses questions such as: What are the signs of the end times? Will the church go through the great tribulation of Antichrist? Who will Antichrist be? What will be the sign of the end of the age? The third edition (2000) adds further insight into the Pre-Wrath Rapture. A large fold-out color chart summarizes Van Kampen’s views of the Pre-Wrath Rapture position. 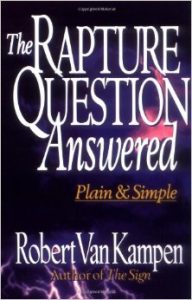 Succinctly answers the question surrounding the Rapture of the church at Christ’s second coming and the timing of various end-time events, as clearly taught in Scripture, especially making the case for the Pre-Wrath Rapture vs. the Pre-Trib Rapture. Within just 211 pages, Van Kampen describes the biblical view of the Rapture and the Day of the Lord. 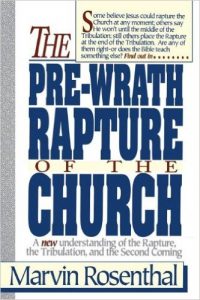 Pre-Wrath Rapture of the Church
A New Understanding of the Rapture, the Tribulation, and The Second Coming

In a readable, informative style, (complete with 25 charts), Rosenthal takes a fresh look at biblical prophecies concerning end-times events and makes the case for the Pre-Wrath position. This position uses scripture to show that the Rapture and the Day of the Lord (God’s Wrath) occur in the second half of the 70th week of Daniel, the final seven-year period of prophetic history, thus helping the reader understand their impact on our daily Christian lives. 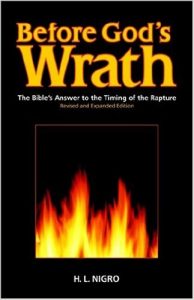 The timing of the rapture as clearly, repeatedly, and consistently taught in Scripture is that Jesus will return to rapture the Church after the rise of the Antichrist, but before the Day of the Lord and God’s wrath, not before the tribulation, as many teach. The case for the Pre-Wrath Rapture position vs. the Pre-Trib Rapture position is systematically presented. The implications for believers, both in their lifestyles and their individual relationships with God, are critical.