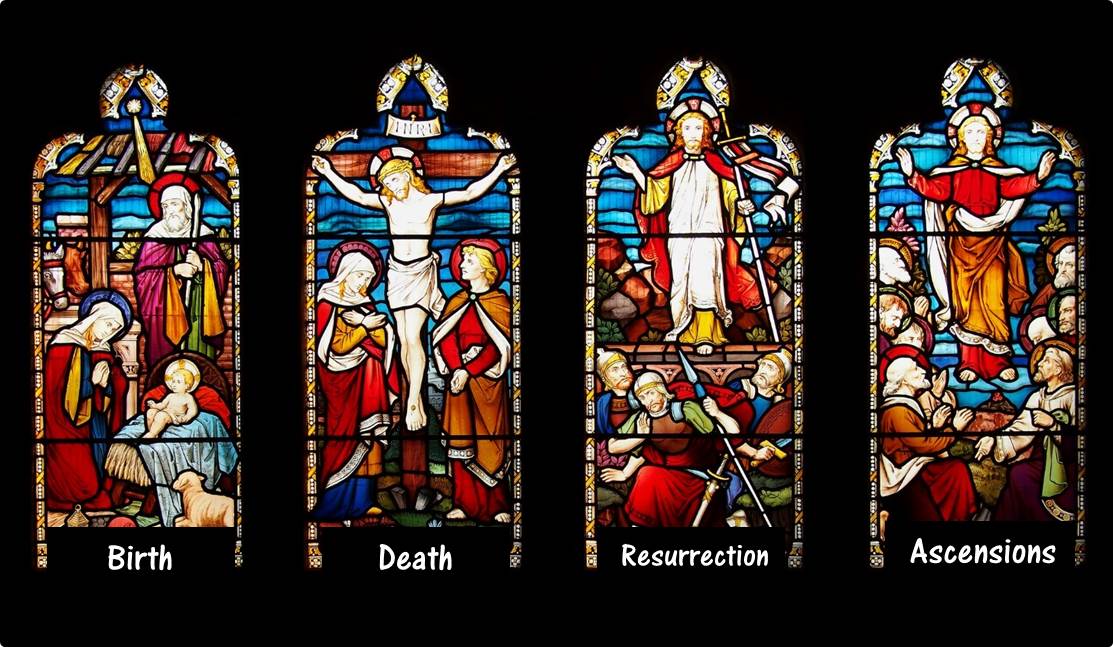 You might well be wondering: “What difference does all this make?” “Does it really matter when or where Jesus was born, when or where he died, or how he was killed?”

I admit that the mysteries I have presented about the life of Jesus are – for the most part – not “salvation” issues. It is entirely possible for you to achieve salvation in Jesus while clinging to your pre-conceived notions and assumptions about His life. After all, the truth is sometimes very hard to determine. Scholars and theologians have argued for centuries about the interpretations of Scripture, about archaeological findings, about ancient writings, and about eyewitness testimony as they have sought to establish the truth about the life of Jesus.

But even though truth is often elusive, I believe it is worth seeking – whenever and however we can.

As a special bonus feature, we have also looked at the mystery regarding the actual location of the Temples in Jerusalem. Aside from being an extremely interesting study, the true location of the Temples is important because it directly affects the locations of the death and burial of Jesus, as well as Jesus’ prophecy about the destruction of the Temple itself.  As we discovered, the death and burial of Jesus occurred on the Mount of Olives, directly east of Herod’s Temple. Our detailed study of the Temple location also served as an illustration of how easily people can forget or be misled about the truth, and about how the truth can often be the first and greatest casualty of the passage of time and of the events that shape history.

There is one other thing that may have occurred to you: “Why have I never heard about most of the information presented in these Posts?”

Quite simply, most Christians – including most pastors and Bible scholars – have either not availed themselves of the evidence I have presented or have chosen to ignore it when given the opportunity to investigate. Let’s face it: people do not like to deal with ideas that run counter to established church tradition. Then there is the simple reality that much of this information has only recently been documented and made available for evaluation and discussion via books, articles, and online Posts, such as these.

As you might suspect, if you bring up the subjects of the cases I have presented to most Christians, including your pastors, clergy, or lay leaders, you will probably get a “deer in the headlights” reaction – and a strained silence. Many will reject a discussion of the topics outright. Others will offer traditional arguments against what they perceive as a threat to the foundation of their beliefs. As we have discussed many times in our cases, traditions of the church are very difficult to overcome, even when the truth is there for the taking.

Now, I am not saying that everything I have presented in these cases is true beyond a shadow of a doubt. Quite the opposite. Few of my proofs will meet the criteria of legal certainty, and many of these topics can be argued convincingly to the contrary by those who prefer to maintain the status quo.

However, bear in mind that reliable eyewitness accounts are considered the gold-standard of evidence in legal inquiries; and I have included many accounts from Josephus and other eyewitnesses in my writings. I believe that the evidence for the positions presented is strong and well worth considering.

Think back through some of the cases we have studied together. Think about the things which you have long-trusted as part of the tradition of your church up-bringing and of your regular worship experience. How often have you heard someone preach on something other than the “Good Friday” death of Jesus? Probably never! How about the birth of Jesus on some day other than December 25th? And what about the traditional crucifixion story, the one which involves a Roman cross instead of a living tree on the Mount of Olives?  What about the added agony of a stoning imposed by Jewish religious law? I doubt you have heard any of these things discussed in your place of worship or during your Bible study sessions.

Jesus died nearly 2000 years ago. Today, we still do not have a firm grasp of many aspects of His life in first century Israel. The truth is, Jesus was a real person, living in a real time, visiting real places, impacting real lives. It is important that we understand and appreciate His real history. It helps to build our faith in Him and our trust in the biblical account of His life and teachings. Remember that we must trust the Bible as the true, unerring word of God – every word of it. As always, the Bible must be the benchmark by which we establish truth and judge all things; and, whenever possible, we must allow scripture to interpret scripture. Understanding and believing in the Bible also helps us in our witness to others, a witness which we must approach with humility, gentleness, and love.

During this journey I have used Scripture as my guide in seeking to align the Word of God with reliable historical documents, archaeology, and the considerable work of other learned scholars and researchers. I want to be perfectly clear that this case material is NOT original to me. I claim virtually no original insights related to these things. The information from other researchers whom I greatly respect forms the foundation for most of what is presented. My role has been to validate, compile, and organize the information into what you have seen here. To a large degree, that compilation and organization is what is unique to these Postings.

The Apostle Paul entreated the people of Berea to check even his teachings of Scripture, to verify that what he was teaching was true. That is a lesson for each of us to heed. There is much deception in the world – some of it accidental, some not so much. Each of us needs to be vigilant in determining what is true. Remember that Satan can show himself as the “angel of light” when he is, in reality, the great deceiver and liar. Going forward, in all we do, we should be on guard against deception; and we should test everything against the Word of God. That includes the things which I have presented here, what you hear in the church you are attending, and all the way down to what your Jewish tour guide tells you during your tour of Jerusalem. The Apostle Paul demanded as much of his own teaching.

With respect to my work, evaluate the evidence presented in each case and reach your own conclusions.

I need to emphasize that much of what I have presented is regularly argued by very learned people, and the absolute truth simply may not be known about many of these things. At least not now. There is – unfortunately – no way of knowing with certainty that everything I have presented is infallibly true. I ask your forgiveness if it is shown that I am in error on anything, and I ask that you inform me of my errors and provide appropriate evidence so that I may make corrections, where necessary.

Lastly, in the reading of the various cases in Mysteries, you have reviewed a lot of Scripture. My prayer is that you will be blessed by the information presented and that your faith in Him will be increased as a result. I also hope that you will feel comfortable enough with what you have learned to share the information with others. For me, the greatest possible blessingwould be that someone might come to know the Lord because of something learned on these pages.

In the Afterword, which follows this Epilogue, we look at the most important mystery of all: “Why Did Jesus Come to Die?” We look specifically at the reasons why this is so important to each of us.

Even after all of this, there remain many questions for which we simply have no answers. The Apostle Paul has told us:

“For now we see through a glass, darkly; but then face to face: now I know in part; but then shall I know even as also I am known.” (I Corinthians 13:12, KJV)

One day, we, as believers, will be able to ask Him all the questions we might have. Wow . . . what a day that will be!

May God bless you in your walk with Him and in your witness for Him.