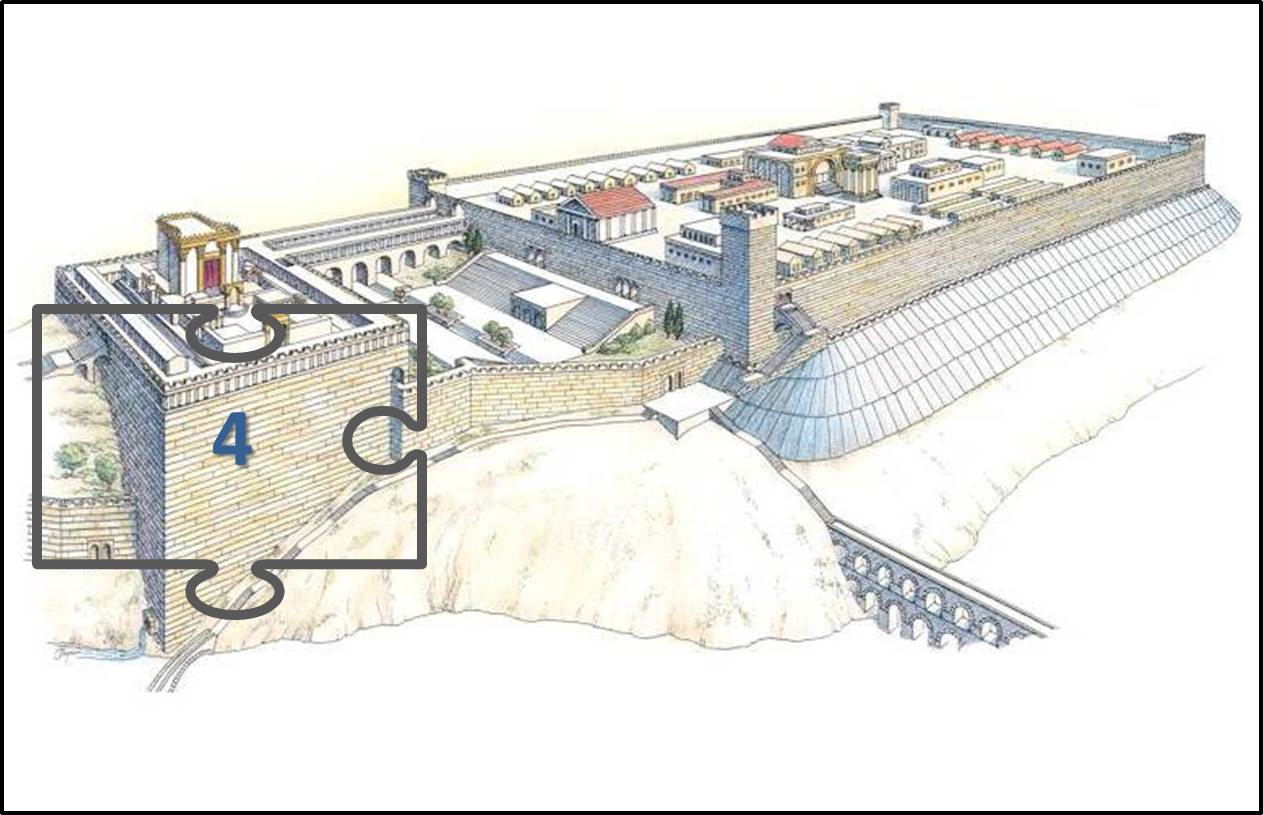 In this fourth puzzle piece in our search for the true location of Herod’s Temple, I briefly discuss the significance of the Gihon Spring, the only source of fresh water available to the city of Jerusalem.

History is clear that King David originally conquered the Jebusites, who lived in what would later become the City of David. The account provided in 2 Samuel 5:8 reveals that David told his men to use the “water shaft” to conquer the fortress of the Jebusites. This “water shaft” led down to the Gihon Spring.

The water shaft used by David and his men still exists today and provides important archaeological evidence of the location of the City of David. It is now called “Warren’s Shaft,” after the man who discovered it in the middle of the 19th century. Some archaeologists have dated the carving of the shaft to the 10th century BC, around the time of Solomon. However, if this is the water shaft which is referred to in 2 Samuel 5:8, then it would have been carved even earlier, by the Jebusites.

As discussed by Dr. Ernest Martin in his book The Temples that Jerusalem Forgot, the Gihon Spring is a karst-type spring – also known as a siphon-type spring – which thrusts its water upwards with great force as many as five times a day in the springtime when water is plentiful. It is an intermittent spring, and its flow is wholly dependent upon the volume of water which flows into it from its sources; in the dry season it may flow for only a few minutes each day. The oscillating action of the Gihon Spring may be why the ancients incorrectly referred to this single water source as multiple “springs.” Be that as it may, the early historians Aristeas and Tacitus both stated in their writings that the temple at Jerusalem had an inexhaustible spring in its interior. This could only have been the Gihon Spring.

With the Gihon Spring blocked off and all of its water channeled upwards through the “water shaft” referred to in 2 Samuel, there would have been ample pressure to force the water up from the spring into the Temple, as is described by Aristeas, Tacitus, and others.

Note: In my next Post I will discuss the Roman Fortress Antonia.