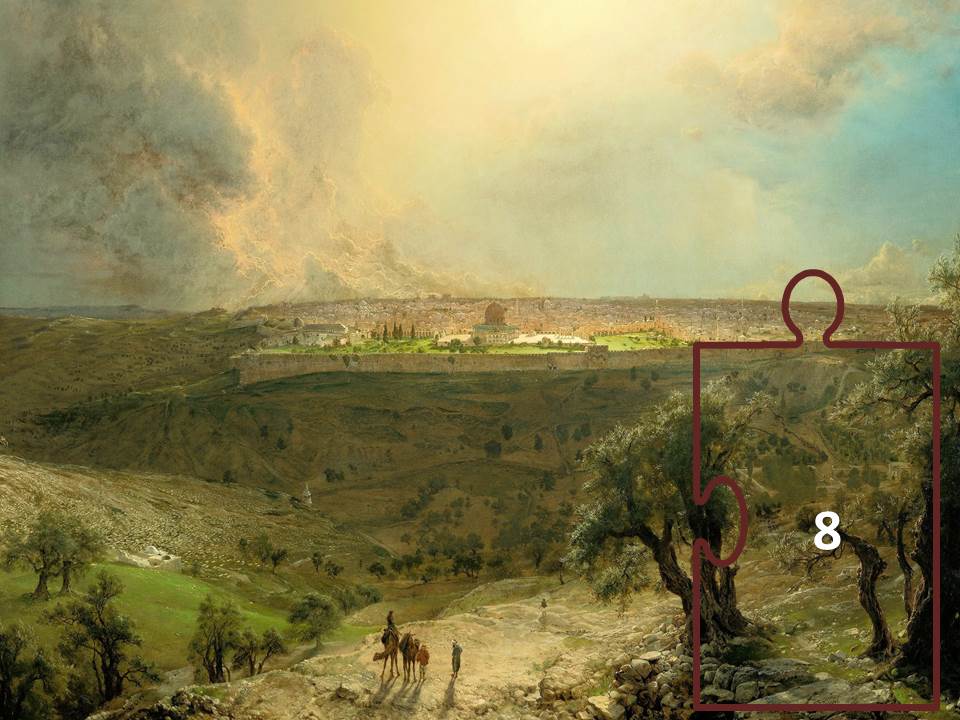 Where Exactly Was the Temple?

In my previous Posts I have made much of the fact that Jesus’ crucifixion site had to have been directly east of the Temple in Jerusalem in order to meet the requirements of Scripture and the accounts of early historians.  And I have made the case that this site was almost certainly on the Mount of Olives. But exactly where was the crucifixion site east of?  The question we must now ask ourselves is this: Are we certain we know where the Temple was located?

Answering this question has required a fair amount of research – which I share in an upcoming set of Posts. I think you will find this interesting! For now, it is sufficient to recognize that this question becomes the eighth and final puzzle piece in my topic for Where Were Jesus’ Death and Resurrection?

The conventional answer to the question is that the Temple was located on what has traditionally been called the “Temple Mount.” What we must eventually establish is whether the Temple Mount is truly the location where the Jewish Temples were constructed in Jerusalem, or whether we have yet another case of tradition interfering with reality.

In my upcoming Posts under the topic Where Was Herod’s Temple? I will propose an exciting – and highly controversial – alternate location for the Jerusalem Temples.  The case for this alternate location – which happens to be directly above the Gihon Spring, in the ancient City of David, over a thousand feet south of the traditional Temple Mount location – was first introduced by Dr. Ernest Martin in his landmark book, The Temples That Jerusalem Forgot (2000). Although Dr. Martin’s position is not universally accepted by theologians, historians, and archaeologists, I find the quality of his Biblical and historical research and the depth of his arguments to be quite convincing; and I believe they warrant discussion here. I strongly suggest that you read my upcoming Posts and reach your own conclusions.

Regardless of the true location of Herod’s Temple in Jerusalem – whether on the generally-accepted Temple Mount or in Dr. Martin’s proposed southern location over the Gihon Spring – I have established in my earlier Posts that the location of the crucifixion, burial, resurrection, and ascension (first of two) of Jesus were each on the Mount of Olives; and the crucifixion occurred directly east of the Temple.

Since the Mount of Olives is essentially a ridge which runs from north to south, either of the possible locations of the Temple (the Temple Mount or the alternate, more southern location) would satisfy the requirements of Scripture and the observations of early historians. This is because regardless of which location is correct, both would have had a west-facing view directly toward some portion of the Mount of Olives.

Note: In my next Post, I will provide some additional detail regarding the proposed new locations for the crucifixion, burial, resurrection, and ascensions of the Messiah.