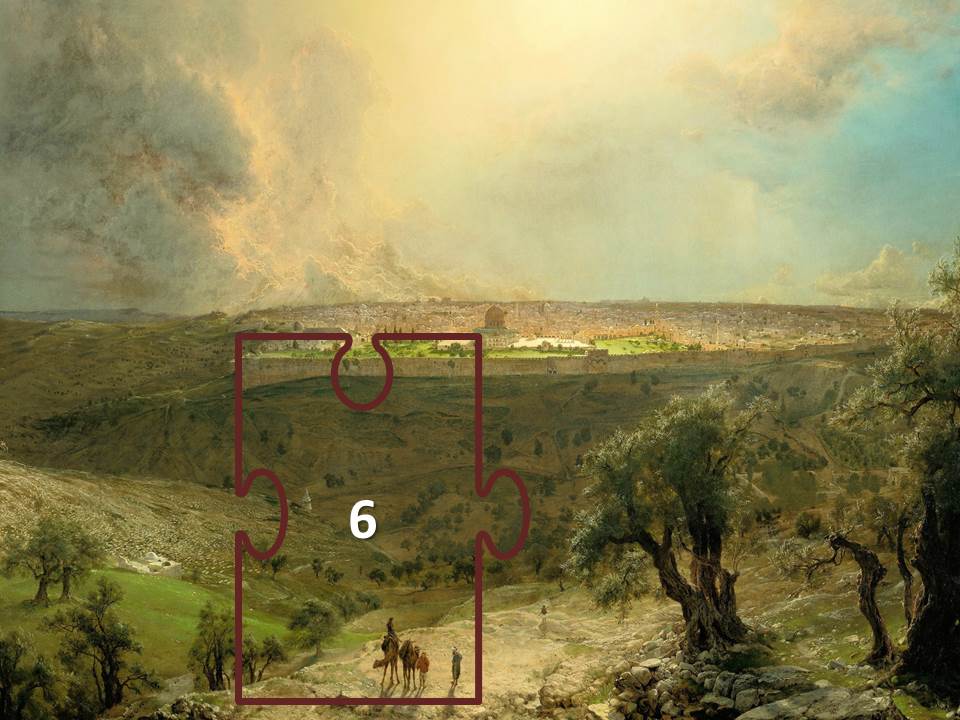 The final part of the Feast of Passover is called the “Feast Day of the Sheaf of First Fruits,” which we now discuss as the sixth of eight puzzle pieces in this topic of ”Where Were Jesus’ Death and Resurrection?”

The Feast of First Fruits is referred to in Leviticus 23:9-14. The New Testament also mentions this Feast on seven occasions, and in 1 Corinthians Paul correlates this Feast day to the resurrection of the Messiah:

“But now Christ is risen from the dead, and has become the First Fruits of those who have fallen asleep” (1 Corinthians 15:20; cf. Revelation 1:5).

In ancient Israel, the day of the Sheaf of First Fruits also observed as a prophecy – and today serves as a reminder – of Jesus’ ascension to heaven and is symbolic of the coming resurrection of all saints during the Last Days. As one author has stated:

“. . . Christ  fulfilled  the  reality  and  spirit  of  it  [Feast  of  First Fruits] in His resurrection and glorified body. The empty tomb testified to the fact that the sheaf of First Fruits had been reaped and waved before the Lord in His heavenly sanctuary.”

Of particular interest to our study is the fact that there is a connection between the ceremony involving the sheaf of First Fruits and the Mount of Olives, which we have proposed as the location of both the crucifixion and the resurrection of Christ.

The Meaning of First Fruits

First Fruits marked the beginning of the barley harvest in Israel, the first grain to ripen from the seeds sown in the winter months. A sheaf (Heb. Omer, meaning “measure”) was harvested and brought to the Temple as a thanksgiving offering to the Lord for the harvest to come. The priest at the Temple would wave the sheaf before the Lord for acceptance and for His blessing.

First Fruits (the third Feast of the Lord mentioned in Leviticus 23) was also seen as a time-marker for the Feast of Pentecost, which is also called the Feast of Weeks. The Lord commanded:

A detailed description of the Jewish national ceremony of First Fruits is provided by Kevin Howard and Marvin Rosenthal in their outstanding book, The Feasts of the Lord – God’s Prophetic Calendar from Calvary to the Kingdom (1997):

“. . . Looking eastward from the Temple, one could see the breathtaking panorama of the Mount of Olives and the intervening Kidron Valley basking in the bright golden rays of the springtime sun. Across the Kidron in an area known as the Ashes Valley, a small, open field of amber barley nestled itself against a background of grassy, green slopes and misty gray olive trees . . . At one end of the field, several bundles of barley were conspicuously marked and tied together, still uncut, in anticipation of the coming Feast of First Fruits.

“This barley field was a special field, cultivated solely for the national First Fruits offering and kept strictly in accordance with all rabbinic traditions. It had been plowed in the autumn and sown with barley some seventy days earlier during the winter months. Constant oversight assured that the crop had grown naturally, with no artificial watering or fertilization. In the days leading up to Passover, several sheaves were selectively marked and bundled by representatives from the Sanhedrin, Israel’s ruling religious body. With that, the preparation for First Fruits was complete.”

As described by Howard and Rosenthal, at sundown (the start of the day of First Fruits), a three-man delegation from the Sanhedrin emerged from the Temple area – accompanied by a multitude of interested observers – and made its way down to the barley field to perform the First Fruits reaping ceremony. The marked sheaves were then reaped and taken to the Temple to be waved before the Lord.

Harvest on Mount of Olives

The Messiah fulfilled the prophetic meaning of this holy day by rising from the dead to become the First Fruits of the resurrection (1 Corinthians 15:20), and He did it on the very day of First Fruits. It can be argued that God’s timing is always perfect and that the resurrection would therefore have been at the exact time of the harvesting of the sheaf in the barley field, at sundown on Saturday, at the start of First Fruits on Sunday.  This would align precisely with the 3 days and 3 nights prophecy by Jesus regarding the exact time He would be in the heart of the earth (Matthew 12:40).

Note: In my next Post, I will discuss the particulars of a little-known proof for my case for the Mount of Olives, which relates to the flow of people and events into and out of Jerusalem – and the significance of whether that flow is from East-to-West or from West-to-East.