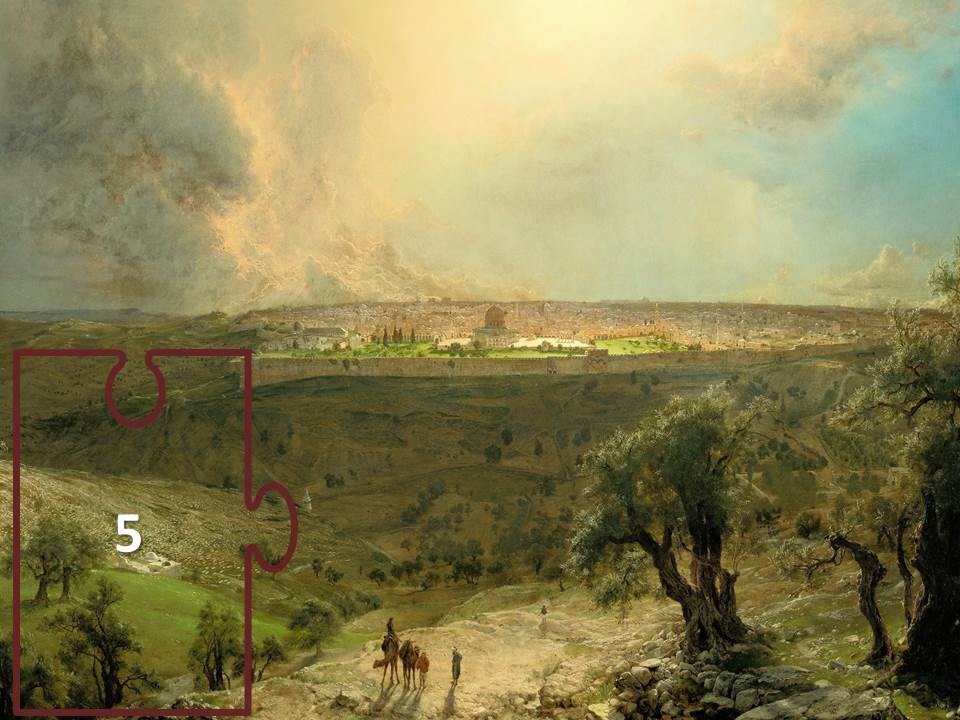 According to Jewish law, as recorded by Moses, the place of executions was required to be “outside the camp.” (Numbers 15:35-36)

Dr. Ernest Martin has stated that according to Jewish tradition, criminals convicted of serious offenses were expected to be their own sin offerings. In this regard, they were required to pay for their sins, without the benefit of an animal sacrifice as a substitute. Furthermore, these sacrifices were to be offered east of the Sanctuary, outside of the camp, in full view of God – who figuratively dwelt in the Temple, in the Holy of Holies.

In Jerusalem, this area east of the Temple that was also “outside the camp” was the Mount of Olives. The investigation of this tradition constitutes the fifth puzzle piece in this topic on the death and resurrection of Jesus.

That Jesus was, in fact, crucified both outside the city walls (gates) and outside the camp, is well-stated in Hebrews:

“And so Jesus also suffered outside the city gate to make the people holy through his own blood. Let us, then, go to him outside the camp, bearing the disgrace he bore.” (Hebrews 13:12-13)

So what does it mean to be “outside the camp?”

As we referenced earlier, a man found to have violated the Sabbath was commanded by the Lord, through Moses, to be put to death “outside the camp” (Numbers 15:35-36). About this Dr. Martin states:

As Dr. Martin has observed, both of the traditional crucifixion sites were within the official region of the camp and by definition must therefore be disqualified as possible sites of the crucifixion.

We find additional support for a crucifixion site on the Mount of Olives from something extraordinary which happened in Jerusalem during the time of Jesus. According to James Tabor:

“In the time of Jesus, Jewish tombs, other than the tomb of David, had been moved at least 2000 cubits ‘outside the city,’ (Tosephta Baba Bathra 1:2), to avoid ritual contamination. This indicates that the tomb in which Jesus was temporarily placed by Joseph of Arimathea, was, of necessity, far outside the area where the Church of the Holy Sepulchre stands today – just a few yards from the city wall. That is why we find the tombs of Helena, the high priests Annas and Caiaphus, and the Sanhedrin tombs, well beyond this 2000 cubit parameter. No one was carving a ‘newly hewn tomb’ that close to the city wall in the 1st century, and the tomb area there today most likely dates back to Hellenistic times.”

During the time of Jesus, it was clearly understood what the phrase “outside the camp” meant. This understanding alone is sufficient to invalidate either of the traditional locations as the burial site of Jesus. Conversely, the historically-recorded movement of the Jewish tombs away from the city further substantiates our position that the Mount of Olives was most likely the location where the Messiah was buried.

Note: In my next Post, I will investigate the significance of the First Fruits Festival and, specifically, of the barley sheaf as a symbol of Christ’s resurrection and ascension.