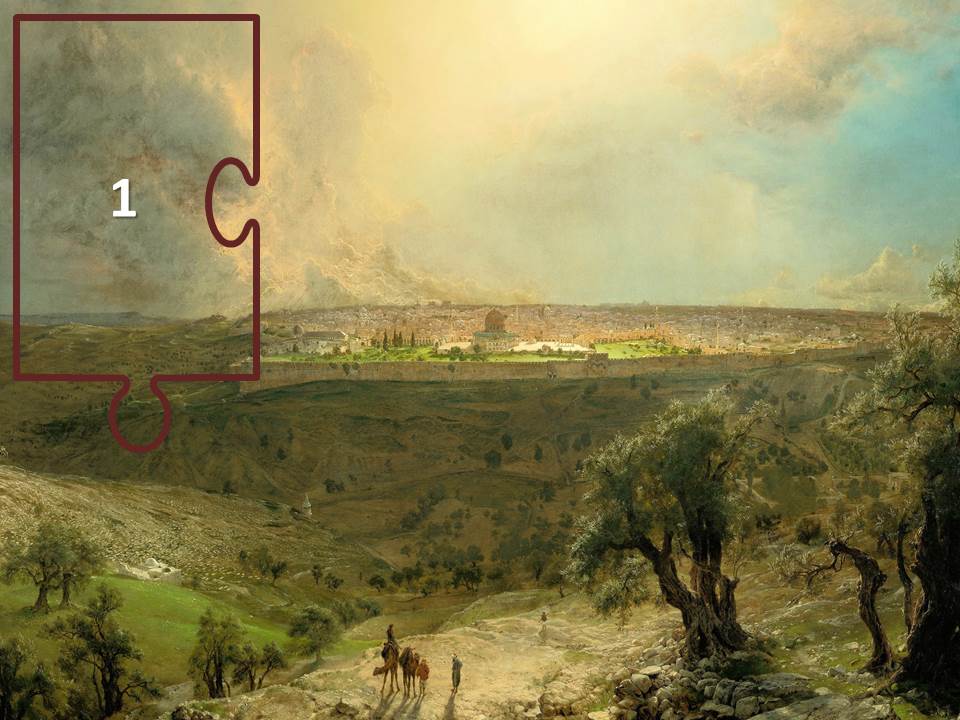 The account of the crucifixion of Jesus is contained in the following Gospel accounts:  Matthew 27:45-56; Mark 15:33-41; Luke 23:44-49; and John 19:28-37. They are complementary, and each contains similar – but not identical – pieces of information related to the death of Jesus. From our understanding of the inerrancy of Scripture, we must conclude that the site of the crucifixion must be in alignment with the details of these Gospel accounts.

Specifically, Matthew provides details of the crucifixion site which are at variance to the traditional sites which I introduced in my previous Post Traditional Sites vs Actual Site.  The account in Matthew – which constitutes the first Puzzle Piece on this topic – reads as follows:

“And when Jesus had cried out again in a loud voice, he gave up his spirit.  At that moment the curtain of the temple was torn in two from top to bottom. The earth shook and the rocks split.  The tombs broke open and the bodies of many holy people who had died were raised to life.  They came out of the tombs, and after Jesus’ resurrection they went into the holy city and appeared to many people. When the centurion and those with him who were guarding Jesus saw the earthquake and all that had happened, they were terrified, and exclaimed, ‘Surely he was the Son of God!’” (Matthew 27:50-54, NIV)

This biblical account of the death of Jesus provided by Matthew states that the centurion and the others who were with him “saw the earthquake and all that had happened.”  The verses describe the events which the centurion and the others observed (note the two or more witnesses!).  These events, in the order of occurrence reported by Matthew, include (1) the Temple curtain being torn from top to bottom; (2) the earthquake; and (3) the opening of the tombs and the raising to life of the bodies of many holy people. Seeing these events would certainly cause the centurion to exclaim, “Surely he was the Son of God!”

Only if the crucifixion took place on the Mount of Olives – which is directly east of the Temple – would the centurion have been able to see the curtain at the entrance to the Temple being torn from top to bottom.

From the traditional sites – to the west and north of the Temple – the centurion would not have been able to view the entrance to the Temple to see the curtain being torn. This single piece of the puzzle is perhaps the most critical in our effort to solve the mystery of where Jesus was crucified.

Note: In my next Post, I will present further evidence that the crucifixion of Christ most likely occurred on the Mount of Olives.