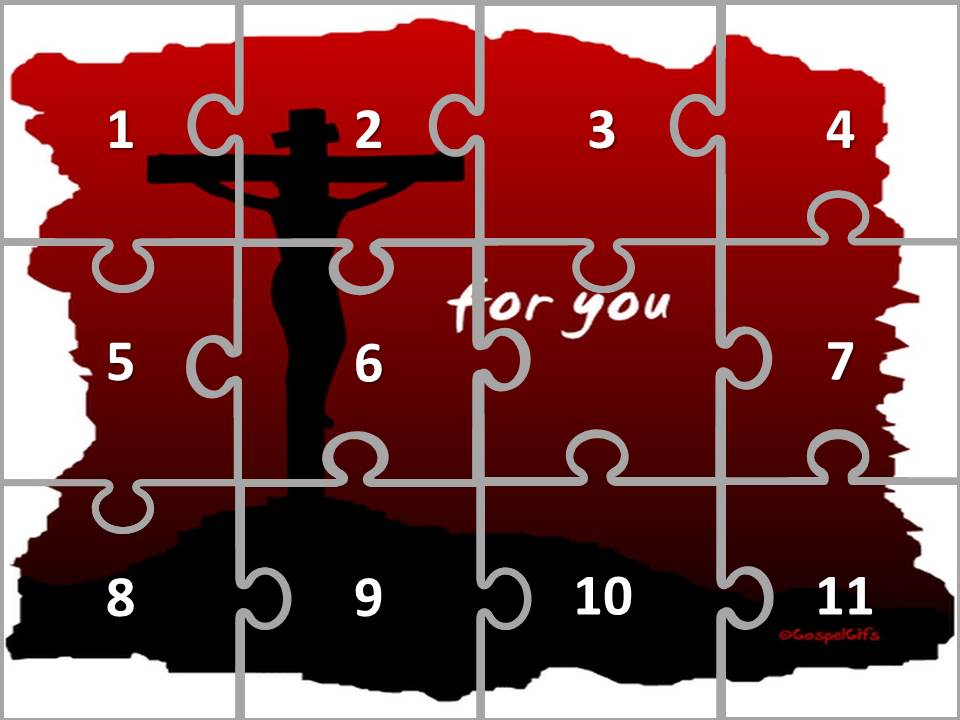 What difference does all of this attention regarding the correct chronology of Jesus’ death, burial, resurrection, and ascensions make to us as individual believers and to the church at large?  Quite simply, Scripture is the Word of God, the truth (in the original manuscripts), just as He Himself is Truth. It is therefore essential that all Scripture harmonize and be internally consistent.

If the traditional Friday, Saturday, Sunday chronology is accepted as being true, then it could be argued that the precise words of Christ (his sign) – “three days and three nights in the heart of the earth” (Matthew 12:40) – are not exactly true. This would, in turn, raise the possibility that Jesus meant something other than what He said. More to the point, it would question the means by which Jesus authenticated that He is, indeed, the Messiah, the one and only Son of the Living God. Fulfilling the sign of Jonah to the letter is the confirmation that He is the Messiah (Matthew 12:38–42).

Adhering to the traditional Friday, Saturday, Sunday chronology would also create a potentially serious conflict in our pursuit to achieve harmony in the truths revealed in Scripture.  However, with the corrected chronology presented in these Posts, I believe I have successfully set aside tradition in favor of achieving Scriptural harmony. Under the corrected chronology, Christ’s sign that he is the Messiah was literally fulfilled. Praise God.

Just as the Bereans were commended by Paul to search the Scriptures and confirm what he preached (Acts 17:11), we must likewise examine the Scriptures to determine if the commonly-accepted traditions of the church are true. I believe that this corrected chronology for the death, burial, resurrection and post-resurrection events offers a much stronger biblical case than the one that serves as church tradition.

I would encourage each person reading this Conclusion to adopt a Berean perspective and search the Scriptures with eyes opened by the Holy Spirit to determine if what I have presented is true. I believe the arguments presented harmonize events reported in the four Gospels and provide internal consistency among related Scripture passages – unlike the traditional Friday, Saturday, Sunday chronology.

A Wednesday crucifixion and burial, followed by a resurrection at the very start of the Feast of First Fruits – at sundown on Saturday evening, which is also the start of the Hebrew Sunday – is the only explanation which correctly assembles all of the puzzle pieces I have examined and perfectly harmonizes the various Gospel accounts. Only a Wednesday crucifixion allows all of the puzzle pieces to be aligned. This means that, in supporting a Friday crucifixion, the early Roman church did not just get it wrong. Hardly! That mistake established the erroneous tradition that has, unfortunately, been perpetuated down through the centuries.

Perhaps now is the time to suggest that the church consider a change to its calendar in favor of “Good Wednesday,” rather than Good Friday, as the annual celebration of Christ’s crucifixion and death. After all, Jesus suffered and died to pay our sin-debt so that we might be reconciled to God for all eternity. This is a fact far too important to misrepresent simply as a matter of tradition. Our understanding of the Good News needs to be set straight!

In support of a Wednesday crucifixion day for Jesus, Messianic Rabbi Avi Ben Mordechai has stated the following:

I have endeavored to prove that Y’shua HaMashiach died on the Mosaic Pesach [Passover; on Wednesday of the crucifixion week, of the year AD 30] patterned after the written Torah and not on the Pesach [Passover] of Pharisaic tradition. By dying as the Pesach lamb according to the written Torah, He was able to once again correct Judaism in its errors of Torah interpretation. Also, He was able to prove that He came to teach Torah correctly and to put it on a firm foundation.

With respect to the burial of Jesus, I have presented a case in which the body of Jesus was placed in the tomb before the end of the Wednesday crucifixion day, by sunset of that day (to satisfy Deuteronomy 21:22–23).  I believe the additional burial activities – the washing of the body, the application of the linen strips and spices, and the moving of the stone in front of the tomb entrance – were accomplished the following day (after sundown on Wednesday), due to the time required to complete all of the steps included in the Gospel accounts. These additional burial actions were allowed by Jewish law.

With respect to the resurrection, I have presented a case in which Jesus is raised at the end of Saturday and start of Sunday, the start of First Fruits. The time measured from the burial of Jesus (precisely at the end of Wednesday/start of Thursday) to the resurrection would then equate exactly to a literal three full days and three full nights, which Jesus likened to Jonah being in the belly of the great fish. This was the sign which Jesus used to prove that He was the Messiah.

In concluding my case, I have also presented strong evidence that Jesus ascended to heaven not once but twice, the First Ascension being on the day of His resurrection and the Second Ascension being His public ascension 39 days later, which was 10 days before Pentecost (the Feast of Weeks on the Jewish calendar).

Finally, in my case for a revised chronology of the crucifixion week, I have assembled multiple puzzle pieces to support my belief that all of this occurred in the year AD 30.  It is my fervent hope that you, too, will put the pieces together to arrive at the same conclusion.

The following image is a chronology of the Crucifixion week of Jesus, as supported by our case. 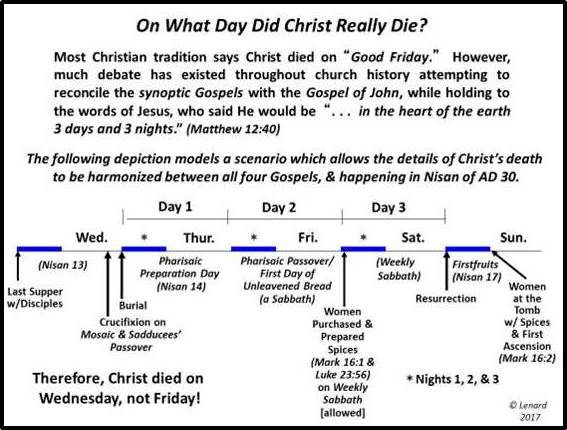 Note: In my next Post I will begin a new study which asks the question, “Where Were Jesus’ Death, Resurrection, and Ascensions?” As I have done with my earlier topics, I will begin this new study with an evaluation of traditional sites versus actual sites for these historic events. And, as before, I will assemble multiple “puzzle pieces” to present my case.