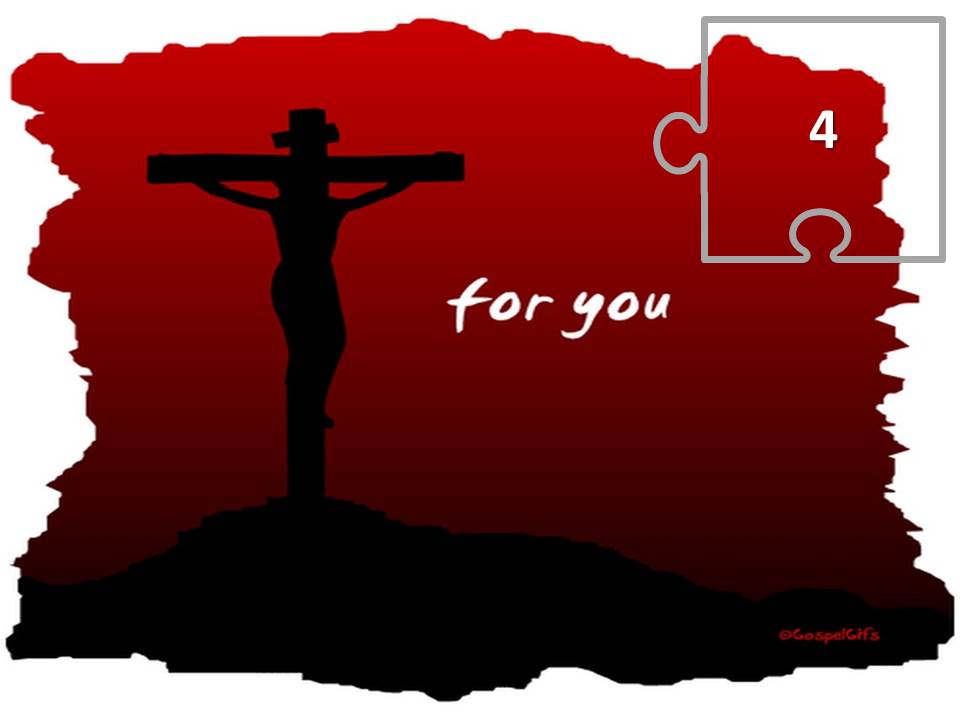 Jewish law required four days for the chief priests to inspect the Passover Lamb (Exodus 12:3–6). On Nisan 10, four days before the Passover on Nisan 14, the High Priest selected the Passover Lamb for the nation of Israel. During the next four days, the lamb was thoroughly inspected for blemishes and defects – anything that would disqualify it from being an acceptable sacrifice for the sins of the nation.

At the end of this inspection period – assuming a positive outcome – the High Priest would publicly declare, “Behold the Lamb. I find no fault in him.”

This four day inspection of the Passover lamb is the fourth puzzle piece of this topic and further confirms that the crucifixion of Jesus occurred on Wednesday, Nisan 13 (during “the twilight” of Nisan 14). According to Avi Ben Mordechai, Jesus entered the Temple on Palm Sunday (Nisan 10). Then, during the next four days (till Wednesday of the crucifixion week in AD 30), Jesus was interrogated (“inspected”) on four separate occasions by the Chief Priests and rulers of the Temple (Mark 11–12:34). His interrogators could find no fault (i.e., no blemish or defect) in Him. “And after that no one dared to ask him any more questions” (Mark 12:34). Secular authorities also examined Him, all coming to the same conclusion: “I find no fault in Him!”

All of this is in complete parallel with the four day inspection of the Passover lamb described in the Exodus passage.

It is also important to remember that on the Hebrew calendar each day begins in the evening and extends to the evening of the next day. Accordingly – and accounting for the four day “inspection” following his entry into Jerusalem – we find that Jesus’ crucifixion on Wednesday (Nissan 14) would have occurred at “twilight”, which was technically still the afternoon of Nisan 13. For a complete discussion of the phrasing and timing issues associated with the Jewish “twilight”, please read my Post on Passover Timing Issues.

But how do we know that Sunday (Palm Sunday) was on Nisan 10 and that it was from this date that the four days were counted? There are two ways to confirm this. According to Avi Ben Mordecai, we are able to use computer-calculated astronomy for the year AD 30 to establish that the new moon (Rosh Chodesh) – which determines the first day of the lunar month – fell on the sixth day of the week during the crucifixion week. This would have been Friday, March 22 (Nisan 1). This day/date then confirms that Nisan 10 would have fallen on Sunday (Palm Sunday), which by extension supports the four-day inspection prior to Jesus’ crucifixion on Wednesday (Nisan 13, during the “at twilight” of Nisan 14).

The other method of confirming the Sunday date of crucifixion week as Nisan 10 involves correlating the arrival of Jesus in Bethany. We know from Jewish law and scripture that Jesus would not travel on the Shabbat. We also know from John 12:1 that “Jesus, therefore, six days before the Passover, came to Bethany.” In Bethany, Jesus was hosted by Lazarus, Mary, and Martha for a lavish supper. According to Avi Ben Mordechai, in Judaism formal meals were typically reserved for Shabbat, which always begins at sundown on the sixth day of the week, Yom Shishi (Friday just before sunset). We therefore conclude that the supper in Bethany was at the start of the Sabbath on Saturday. Six days from Saturday (inclusive) would take us to Wednesday, which further confirms our case that Jesus died on Wednesday of the crucifixion week.

So, what does the chronology of the crucifixion week look like at this point? After arriving in Jerusalem on Sunday (Nissan 10), Jesus celebrated the Passover Seder with His disciples and instituted the Lord’s Supper during the evening of Nisan 13 (after sunset on Tuesday). Then, during the afternoon on Wednesday (Nisan 13), the Passover Lamb (Sadducees’ and Mosaic) and Jesus were both sacrificed (died) at about 3:00 p.m. (Mark 15:33). The “day of preparation” for the Pharisaic Passover/Unleavened Bread was on Thursday (Nisan 14). According to Avi Ben Mordechai, the Pharisaic Jewish leaders, plotting Jesus’ death, were opposed to killing Him during the daylight hours of Thursday, Nisan 14, because it was still the “day of preparation” for their combined Pesach and Unleavened Bread festival – which began about 3:00 p.m. of Nisan 14 – and they did not want a riot of the Jewish citizens to break out around the time of their festival (Matthew 26:5).

The following two images depict the chronology of these events.

Some theologians have speculated that this first Lord’s Supper might have actually been an Essene Passover celebration, which would have been done without a Passover lamb, because the Essenes had distanced themselves from the Temple ceremonies in Jerusalem, which they considered to have been corrupted by the priesthood. Additionally, there are those who speculate that the Passover was a Pharisaic Passover, in which case the lamb would not have been slaughtered until the afternoon of Passover, on Nisan 14 (Thursday). Finally, some theologians have claimed that the Lord’s Supper was not really a Passover meal, the Passover Seder, even though it is referred to as such the Gospel accounts (Matthew 26:17–19; Mark 14:12–16; Luke 22:7–15). John 13:2 (NIV) simply refers to it as “the evening meal.”

Further confusion results from references to “the first day of Unleavened Bread” (Matthew 26:17; Mark 14:12; Luke 22:7), “when it was customary to sacrifice the Passover lamb” (Mark 14:12; Luke 22:7). This day “when it was customary to sacrifice the Passover Lamb” is clearly referring to Nisan 14, which in Leviticus 23 is called the Passover. As I presented in my Post Timing of the Spring Feasts, in the time of Jesus there was no distinction made between the feasts of Passover and Unleavened Bread; and the combined celebration was simply called either Passover or Unleavened Bread. Consequently, the “day of Unleavened Bread” referred to in scriptures is referring to Nisan 14, which is also called the preparation day (the day preceding the High Holy Day of the first day of the seven day celebration of Unleavened Bread on Nisan 15, as documented in Leviticus 23).

Although confusing, this understanding is the only one which makes sense, as confirmed by E. F. Bullinger, who states:

“The words in Mark 14:12 and Luke 22:7 refer to ‘the first day of unleavened bread,’ which was the 14th day of Nisan, and therefore ‘the preparation day’ [before the High Holy Day of the first day of Unleavened Bread]. That is why the Lord goes on to tell the two disciples to go and make preparation for the Passover.”

I believe I have demonstrated with this fourth puzzle piece the true chronology of the crucifixion week, beginning on Palm Sunday (Nissan 10) with the “four days” of inspection of the Passover lambs and concluding on Wednesday with the crucifixion, “between the evenings” of Nisan 13/14.  I further believe that this scenario is supported by the scriptural account of Jesus’ Sabbath supper in Bethany “six days before the Passover” (Friday evening, Nisan 8).

Note: In my next Post I will discuss the fifth of the eleven “puzzle pieces” for the topic of Jesus’ Death, Resurrection and Ascensions.  This “piece” deals with the issue of two Sabbaths during the crucifixion week.