Where Was Jesus Born? 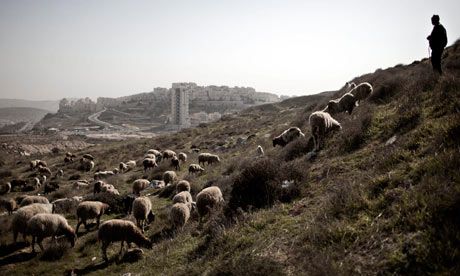 The specific field, flock, and shepherds visited by the angel of the Lord who came to announce the birth of the Savior were chosen by God for a reason. God does not work by happenstance.

The location in Bethlehem might have been chosen to honor David, who was selected by God to be the King of Israel. David was beloved by God and in the genetic line of the Messiah. It is even likely that the shepherds in the fields of Bethlehem were in the same fields where King David once tended his father’s sheep and composed Psalms to honor God. The shepherds in the field to which the angel came undoubtedly knew the Psalms, especially those written by David, who grew up as a shepherd himself. Perhaps the shepherds had recently read Psalm 8:

When I consider thy heavens, the work of thy fingers, the moon and the stars, which thou hast ordained; what is man, that thou art mindful of him? And the son of man, that thou visitest him? For thou hast made him a little lower than the angels, and hast crowned him with glory and honour. (Psalm 8:3–5, KJV)

David tended sheep in the fields of Bethlehem, but this is likely not the reason that God selected Bethlehem and a particular field in which to announce the Messiah. Neither was it because it was the same land which Boaz redeemed for Naomi, land that later passed by inheritance to Jesse, David’s father.

Why is it important that Migdal Edar is the birthplace of Jesus? One reason only: It is where Scripture states that the Messiah would be born (Micah 4:8). It is understood by all believers that the Scripture is inspired and true (II Timothy 3:14, 16). If we say that Jesus was born somewhere else, then we are saying that the Scriptures are not true.

There is presently no archaeological evidence establishing the exact location of Migdal Edar in ancient Bethlehem at the time of Jesus. Admittedly, it could be at the present location of the Church of the Nativity. But that is unlikely.

Note: In my next Post I will provide some conclusions to the evidence presented in solving the “puzzle” for our topic “Where Was Jesus Born.”