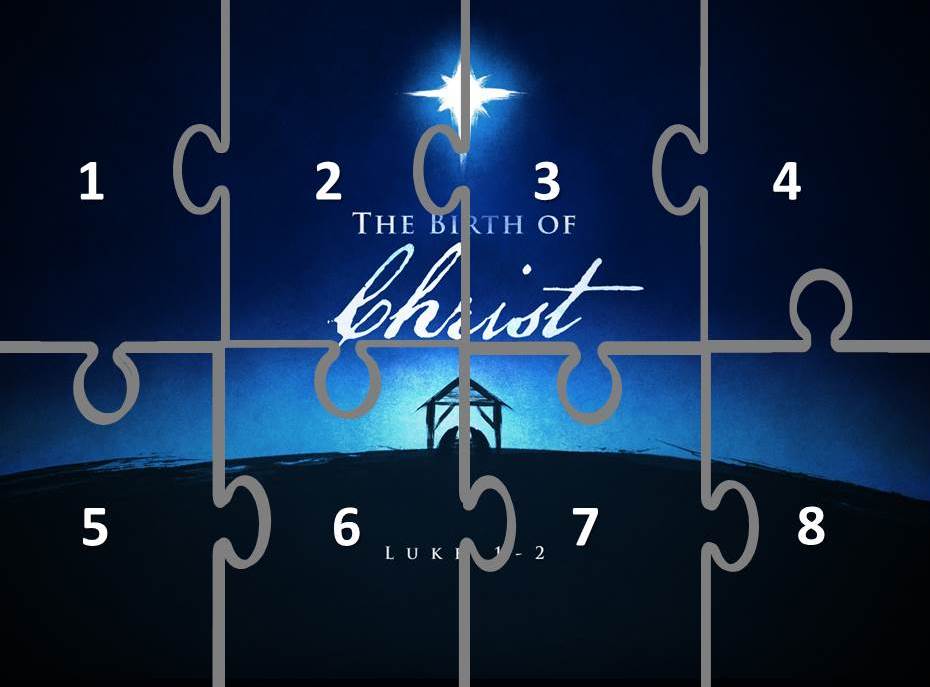 Under the topic of “When Was Jesus Born?” I have evaluated biblical, historical, and astronomical evidence to confirm the actual birth date of Jesus from four specific sources, as detailed below.  These four sources represent four of the eight pieces of the puzzle for this topic and effectively disprove the traditional date of December 25, 1 BC as the birth date of the Messiah. When assembled, the pieces of the puzzle conclude that Jesus was born on Wednesday, Tishri 1 (September 11) of 3 BC – on the Feast of Trumpets (Hebrew: Yom Teruah; also called Rosh HaShanah).

The four principle sources of evidence used in determining Jesus’ birth date are as follows:

Evidence from the Birth of John the Baptist

The birth date of John the Baptist was derived from the timing of the priestly service in the Temple of John’s father, Zechariah (who was of the Priestly Course of Abijah), and the ensuing pregnancy of Elizabeth. Jesus was born to Mary, Elizabeth’s cousin, six months following the birth of John. This provides a reasonable month for His birth (September).

The date on the calendar in the year 3 BC that aligns with the specific positions of the sun and moon in the constellation of Virgo, as described in Revelation 2:1-6, is uniquely September 11, 3 BC, from 6:18 pm to 7:39 pm, Bethlehem time. The astrological records offer a very specific date and time for Jesus’ birth.

The date for the census of Quintilius Varus, the date for The War of Varus, and the specific date of the lunar eclipse preceding the death of King Herod (per Josephus’ account), all support the date of Jesus’ birth being in September of 3 BC.

After careful analysis of Jewish Sabbatical and Jubilee Year cycles, we have established that that the first year of Jesus’ ministry was a Sabbatical Year, that it was approximately 3 ½ years from His crucifixion, and that the date was September AD 27 –  September AD 28. From the analysis, it was determined that Jesus was 30 years old when He began His ministry, which further supports a birth date in September of 3 BC.

Evidence from Sabbatical and Jubilee Years

I also reported that both the birth of Jesus (His First Coming) and the Rapture of the Church (at His Second Coming) occur on Tishri 1, the Feast of Trumpets. For centuries, Jews have used the Feast Days as rehearsals of coming event, including those related to Jesus’ First Coming, His sacrifice as atonement for the sins of mankind, and His Second Coming. For more information on the Feasts of the Lord and their significance in the First and Second Coming of Christ, please read my first book, The Last Shofar! (2014), which I co-authored with Donald Zoller.

God’s plan for the redemption of mankind was first evident in the “gospel in the stars,” which foretold the coming of the Messiah. Later, God revealed this plan more fully in His written Word. We have now shown that Scripture and the astrological revelations are consistent.

Although the birth of Jesus is significant, His crucifixion in atonement for our sins remains the most significant event in the history of the earth. It is through this sacrifice that the gift of eternal life is made possible for all who believe (John 3:16). Amen. Praise God.

Note: In my next Post I will begin the process of solving a new puzzle: Where Was Jesus Born?