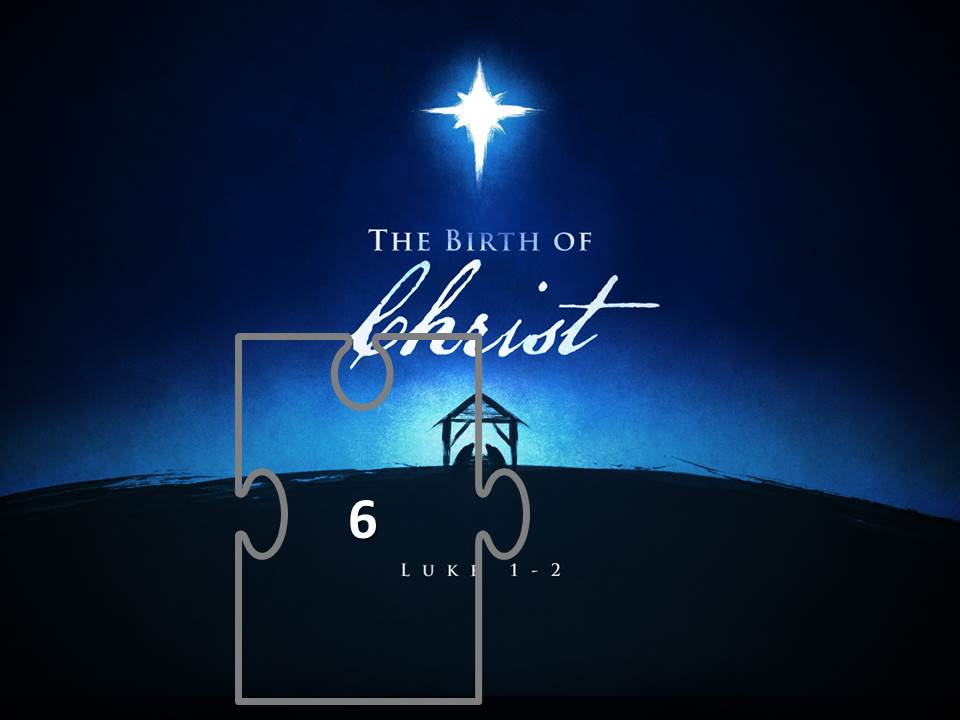 I have established with near certainly in earlier Posts that September 11, 3 BC is the likely birth date of Jesus. Can this date be further confirmed from secular historical records? This is puzzle piece 6.

Although the answer is “Yes,” secular records are scarce from the Roman Empire during the years 6 BC to AD 4. Ernest Martin has stated that

“It is a common lament among Roman historians that this ten-year period (one of the most important in the history of western civilization) bristles with many historical and chronological difficulties because of garbled or imperfect records that have come down to us.”

“One must exercise caution in the reading of Josephus—especially in chronological affairs from about 9 B.C. to A.D. 6. We do not know why Josephus in that period neglected to give cross-references to internationally recognized eras of time, but he was negligent! And this is precisely where our problem lies. Not only are the records from Roman historians very deficient at this period of time (it was when that dark decade was in effect), but Josephus himself fails us too when it comes to precise chronological indications. It is no wonder historians are confused regarding the time of Jesus’ birth.”

Martin further noted that despite the deficiencies in the records of secular historians who wrote during the period of Jesus’ birth, early Christian historians were remarkably consistent in proclaiming that Jesus was born after 4 BC, and not before 4 BC, which, unfortunately, is the position held so firmly by many scholars today.

It is not possible in the space available to review all of Roman History in the years preceding Jesus’ birth. However, I will attempt to highlight several of the more pertinent historical events, including, first, the period of the glory of Rome and the award of the Pater Patriae to Caesar Augustus, and, second, the census of Quirinius.

The Glory of Rome and Augustus

As reported by E. J. Bickerman in his book Chronology of the Ancient World (1968), the period of 3 BC – 2 BC was especially important to Rome. This was a period for celebrating the glory of Rome. Throughout the Roman Empire, the imperial domains were in festival and celebration. In 2 BC, Caesar Augustus celebrated his 25th year as emperor of the Romans, counted from the time he was proclaimed “Augustus” on January 16, 27 BC. This date of 2 BC also coincided with the 750th year of the founding of Rome.

Martin reports that in 2 BC Augustus was awarded his most prestigious title: Pater Patriae (Father of the Country). The Roman Senate bestowed the award on February 5, 2 BC (the Day of Concord). This award to Augustus is significant in the chronology of Jesus’ birth because in the year prior to the award (3 BC) a decree went out from Augustus that the entire Roman people were required to register their oath of allegiance to Augustus as related to his receipt of the Pater Patriae award. This is the census spoken of by Luke:

“In those days Caesar Augustus issued a decree that a census should be taken of the entire Roman world. (This was the first census that took place while Quirinius was governor of Syria.) . . . So Joseph went from the town of Nazareth in Galilee to Judea, to Bethlehem the town of David, because he belonged to the house and line of David. He went there to register with Mary. . .” (Luke 2:1-5a NIV.)

This census/oath/registration took place in the summer to early fall of 3 BC, which aligns with the probable date of September 11, 3 BC for the birth of Jesus. William Ramsay stated that the normal time for Roman censuses was from August to October, not in late autumn, in winter, or in early spring during the rainy season. The timing for this census in 3 BC during the period from August to October is further evidence for the birth of Jesus in September, 3 BC – since Luke’s Gospel clearly states that Joseph and Mary were traveling to Bethlehem to comply with the census.

It is interesting that in The Encyclopaedia of Religion and Ethics the celestial signs interpreted by the Magi to be applicable to the King of kings, were, reportedly, interpreted in Rome as being applicable to Augustus and the dawn of a new and glorious day for Rome. To the Romans, the planet Jupiter was considered to be “guardian and ruler of the Empire; and it was supposed to determine the course of all human affairs.” Obviously, the Magi were not impressed with the celestial claims made by Rome, as they traveled to Bethlehem – not to Rome!

The Census of Quirinius

Luke said that Jesus was born during a census/registration when Quirinius (KJV: Cyrenius) was “governor of Syria.” This reference by Luke has caused problems for historians, as they have reported that they could not find any record of a census by Quirinius which occurred from 7 BC to 1 BC.

There is clear evidence that Quirinius (Sulpicius Quirinius) was governor of Syria beginning in AD 6/7 and that he conducted a census at that time, as referenced again by Luke in Acts 5:37. Ernest Martin has stated:

“. . . up to now, no available information has been discovered to show that Quirinius was an administrator (and a census taker) in 3/2 B.C. or in previous years. This new historical research, however, can find that census of Quirinius in the historical records which took place at Jesus’ nativity.”

At first glance, there appears to be a serious problem with the historical records.  Upon closer evaluation, however, the confusion seems to be associated with three individuals who were involved in the governance of Syria in various capacities in the general time frame of the birth of Jesus.  These individuals were Quintilius Varus, Sentius Saturninus, and Sulpicius Quirinius. From Roman coins found, from the testimony of Josephus, and from various other records, we find that Quintilius Varus was twice governor of Syria – from 7 or 6 BC to 4 BC and again from 2 BC to AD 1. Between the two governorships by Quintilius Varus, Sentius Saturninus served as governor from 4 BC to 2 BC (Josephus, Antiquities).

The following chart appears in the works of Ernest Martin.  It depicts the historically accurate terms of governorship in Syria for the period 7 BC to AD 1.

But what about Sulpicius Quirinius, who was referred to in Luke’s Gospel as “governor of Syria?”  Some have said that Luke got his facts confused with the census of Quirinius in AD 6/7, as there was a census at that time; and there is undisputed evidence that Quirinius was governor of Syria in AD 6 to AD 7.

It turns out there is an interesting answer to the apparent dilemma.

From Josephus’ book Antiquities, we learn that the early Christian historian Tertullian reported that Roman records recorded censuses (plural) in Palestine at the time of Jesus’ birth. Tertullian said they took place at the time when Saturninus was governor of Syria and reflected the time frame as 3/2 BC. This seems to conflict with Luke’s account.

However, Josephus provides some clarity. According to Josephus, there were actually “governors” (plural!) in Syria during the rule of Saturninus. As it turns out, Quirinius did indeed conduct the census in Judaea at the time that Saturninus was governor of Syria.  However, according to Justin Martyr in his book Apology, Quirinius actually held the title of “procurator” (not governor) in Judaea at the time of this particular census (the one during Jesus’ birth). Procurators were appointed by the Emperor independent of the appointments to governor (legatus).

It appears, then, that Luke was well aware that Quirinius was in Palestine conducting a registration (census) when Saturninus was the actual, official governor in Syria. So why did Luke call Quirinius “governor” when, in fact, his title was “procurator?” Actually, Luke did not use the Greek word Legatus (“governor”), but instead used the Greek word hegemoneuontos (which simply means “ruling” or “administering”). Consequently, we have a case in which translators have incorrectly used the title “governor,” rather than the more appropriate term “administrator” or “procurator.”

There is one other potential source for the confusion.  Is it possible that the census mentioned by Luke was mainly for purposes of taxation, and not for counting? Is it possible that this was not the same census as the one conducted by Rome for the purpose of conferring the title of Pater Patriae on Caesar Augustus? Not so. As recorded in history, the official censuses for the purpose of taxation were conducted in 28 BC and 8 BC, exactly 20 years apart. So the census reported by Luke was indeed related to the exaltation of Augustus to the title of Pater Patriae.

When all is said and done, we can now better understand why even skeptical historians consider Luke to be a brilliant historian.  After reviewing the facts, we can see that Luke had it right – that in the case of the governorship of Syria and the biblical account of the birth of Jesus, all records are reconciled and support the proposed birth date for Jesus of September 11, 3 BC. We have now fit puzzle piece 6.

Note: In my next Post I will discuss the death of King Herod as it applies to Jesus.