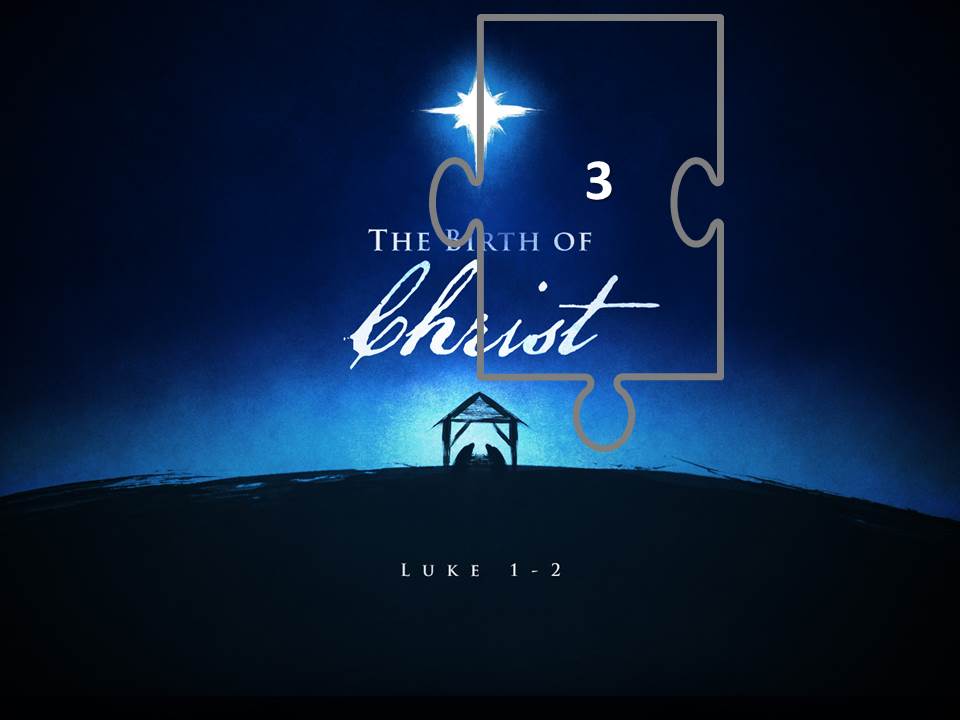 In Revelation 12:1-6 the Apostle John is presenting something of great significance in a symbolic way. The date of September 11, 3 BC was Tishri 1 on the Jewish calendar in 3 BC.  Tishri 1 is, of course, the 1st day of the first Jewish month. This date is also called Yom Teruah: The Day of Trumpets; the Feast of Trumpets; and Rosh Hashanah: Head of the Year, or Feast of the New Year.

From the proper astronomical interpretation of Revelation 12:1-6 (see previous Post: Jesus’ Birth – Astrological/Zodiacal References in Scripture), the only day in 3 BC which meets the astronomical confluences discussed is September 11, 3 BC, during the period of sunset to moonset, 6:18 pm to 7:39 pm. The close proximity of the positions of the sun and the moon as described in Revelation indicate a new moon time frame, which is exactly the situation which exists on the first day of a Jewish lunar month, as on Tishri 1, the Feast of Trumpets. Jesus must have been born on the Feast of Trumpets, as no other day of the year in 3 BC could astronomically meet the specific requirements detailed in Revelation.

There is a great deal of significance associated with the fact that Jesus was born on Tishri 1.  This significance was evident to the Apostle John when he wrote Chapter 12 of the book of Revelation.

The early Jewish Christians considered Jesus to be the Messiah (Christ).  And because He was born on the Feast of Trumpets, they also considered Him to be the King of the Universe.  The theological understanding of the Jews within their synagogue services for the Feast of Trumpets was that God rules over all and that He is the King of kings. Zechariah 14:16 was commonly quoted in this regard: “The king, the Lord of hosts.” Some have argued that the “enthronement Psalms” (Psalms 47, 93, 96-99), in which Yahweh reigns, were a part of the liturgy of the ancient synagogues on this date. This was the very date on which Jesus was born.

The Feast of Trumpets (Rosh Hashanah) is the start of the Jewish civil year. Before God told Moses that the month of the Exodus (Nisan) was to become the start of the religious year, Tishri 1 was the start of all years, from Creation to the Exodus from Egypt. There is an impressive assortment of biblical and prophetic scenes which align with this date. The Day of Trumpets was the day that commemorated the creation of the world, the first day of Genesis 1:1-5. We’re talking the birthday of the world! It is very fitting that the Creator of the world (John 1:1-3, 14) would come into the world on this date!

In Genesis we also find a reference to Tishri 1 in the account of Noah and the ark:

“By the first day of the first month of Noah’s six hundred and first year, the water had dried up from the earth. Noah then removed the covering from the ark and saw that the surface of the ground was dry” (Genesis 8:13 NIV).

Tishri 1 was also the day that many of the ancient kings and rulers of Judah regarded as their inauguration date. This was certainly the case with Solomon, Jeremiah, and Ezra.

One of the key themes of the Day of Trumpets is kingship, and The Day of Trumpets was used in counting the years of a king’s rule. It only seems fitting that Jesus came into the world on this auspicious date. It is also possible that the patriarch Joseph of Egypt, who is a type of Christ in the Old Testament, rose to “kingship” on this new moon day, which began the month of Tishri. He had been in captivity in a dungeon for “two full years” (Genesis 41:1). The implication is that Joseph rose to “kingship” on a New Year’s Day. Psalm 81 (vv. 3, 5) is a New Year’s Psalm referencing Joseph’s royal enthronement (Genesis 41:40); the kingdoms of the world became Joseph’s on the day intended for coronations – the day which later became the Feast of Trumpets. Pharaoh still retained position over Joseph, just as God the Father is Lord over Jesus, even though Jesus was prophesied to rule the kingdoms of this world. Joseph therefore prefigured Jesus in many aspects of his life.

Other important events occurred on Rosh Hashanah (Tishri 1). On Rosh Hashanah Joseph was freed from an Egyptian prison. He subsequently became Viceroy of Egypt, provider of food to “the world,” and leader of Jacob’s family. Joseph set in motion the years of exile and enslavement of Israel, which led eventually to Israel’s exodus, freedom, nationhood, and entrance into the Promised Land. Accordingly, Rosh Hashanah is considered to be a day of freedom.  This is further illustrated by the following entry in The Machzor, the Jewish Prayer Book used on the High Holidays of Rosh Hashanah and Yom Kippur:

“On Rosh Ha-Shanah, the Jewish people in Egypt stopped their slave labor [they began their time of liberty and freedom] while they waited for the Ten Plagues to play themselves out so that Moses could lead them to freedom.”

The Day of Trumpets in the biblical and Jewish calendars is also New Year’s Day for commercial and royal reckonings. This day signified a time of “new beginnings” to all those in Israel who accepted biblical teachings. In his book The Symbolism of Jewish Holydays (1995), Ernest Martin includes information from The Complete Artscroll Machzor.  In his book he provides a summary of accounts found in the Jewish Talmud (Rosh Hashanah 10b-11a) and has some interesting quotes related to important biblical figures of the Old Testament. For example:

“The Patriarchs Abraham and Jacob were born on Rosh Hashanah. Abraham was a new beginning for mankind after it [mankind’s] failure to realize the promise of Adam and Noah; Jacob was a new beginning for the Jewish people, for it was with him that Jews advanced from the status of individuals to that of a united family on the threshold of nationhood.”

Martin also notes that other prominent men – notably Isaac, Joseph, and Samuel – were also born on Rosh Hashanah, the Day of Trumpets.

Jesus was prophesied to be the King of the world, to lead all people into a time of freedom and peace. There could not have been a better day in the Jewish ecclesiastical calendar to introduce the Messiah to the world.

Lastly, it should be noted that both the birth of Jesus (His First Coming) and His Second Coming (at the Rapture/Resurrection of the Church) were (will be) on the Feast of Trumpets – two bookends in the life and redemptive ministry of Jesus, both occurring at the appointed times on this most significant date in the Jewish calendar year!

Other theologians have proposed that Jesus was born on the Feast of Tabernacles (Sukkot) or on Passover. Even some prominent Messianic rabbis have written articles supporting this position. For example, Avi Ben Mordechai, author of Messiah – Volume 2: Understanding His Life and Teachings in Hebraic Context (1997), has taken the position that Jesus, the Jewish Messiah, was born on the first day of Sukkot (Feast of Tabernacles, which is a festival beginning on Tishri 15). Note that I do agree with Avi Ben Mordechai on the Jewish month of Jesus’ birth (Tishri), but I disagree on the day in Tishri which he proposes. In my opinion, the case for Jesus’ birth on the Feast of Trumpets (Rosh Hashanah, Tishri 1), is much, much stronger; and Revelation Chapter 12 is the clincher. It is clear to me that although many scholars have “taken a stab” at establishing the date of Jesus’ birth, most have never fully considered the totality of evidence which I have endeavored to assemble.

In his Gospel, the Apostle John said that Jesus “tabernacled [Greek] among us” (John 1:14 NIV). However, this does not mean he was saying that Jesus was born on the Feast of Tabernacles, which will have its fulfillment in Jesus at His Second Coming when He, indeed, will tabernacle with men – both during the Millennium and for eternity.

The Feast of Tabernacles occurred from September 26 to October 3 in the year 3 BC (Tishri 15-22). Jesus’ birth during that time is impossible for several reasons. When properly examined, it is obvious that Jesus could not have been born during any one of the three Pilgrim Feasts: Passover/Unleavened Bread, Pentecost, or Tabernacles. These were times when all Jewish men in Israel were required by the Law given by God to Moses to be in Jerusalem (Deuteronomy 16:6, 11, 16). However, Luke tells us that during Jesus’ nativity “everyone went to his own city” (Luke 2:3). Joseph and Mary went to Bethlehem, not to Jerusalem at the time of His birth! This necessarily rules out both Passover/Unleavened Bread and Tabernacles as dates for his birth.

Joseph and Mary traveled specifically to Bethlehem for a census. The Romans would not have selected the three primary festival seasons for a census in Israel. This would have been highly impractical, as the Romans wanted full compliance with the census.  Avoiding these three festival seasons would have been of primary consideration by the Romans in order to increase compliance by the Jews. It is highly probable that Joseph did indeed travel from Bethlehem to Jerusalem for the Feast of Tabernacles, starting on Tishri 15 (two weeks after the birth of Jesus on Tishri 1). It makes perfect sense that Joseph would time his trip to register for the census in Bethlehem and then attend the Feast of Tabernacles in Jerusalem – located only 6 miles away – just two weeks later.

But why was there “no room in the inn” for the family when Joseph and Mary arrived? One argument is that they arrived during a festival season, when Jews flocked to Jerusalem from all parts of Israel and occupied every possible living space. But this may not have been the case. Although it is true that a high influx of Jews occurred during the festival seasons, it does not necessarily mean that the family arrived during the festivals of Passover/Unleavened Bread, Pentecost, or Tabernacles. Luke tells us that they were there to be registered for a Roman census. That is what caused the numbers of Jews to increase in Bethlehem at that particular time.

Additionally, why does it make sense that Mary accompanied Joseph? Women were not required to attend the three Pilgrim Feasts in Jerusalem; only men were required by Jewish law to attend. The historical background related to the Roman census sheds light on this. A new understanding of history, as explained by Ernest Martin, indicates that the census and the oath of allegiance to Augustus were both conducted at the same time. Since Mary was of the linage of David and able to bear a rightful King of the Jews, she would have been required – along with Joseph, who was also of the line of David – to register and give an oath that she and her offspring would remain loyal to the existing government under Augustus.

Finally, we know from Scripture that Joseph was a faithful Jewish man, true to Jewish law. It would, therefore, have been highly unlikely that he would travel from Nazareth to Bethlehem during the Feast of Tabernacles, when Jewish men were required by law to be at the Temple.

This piece fits nicely with the other pieces we have already placed into the “puzzle” we are building to determine the actual date of the birth date of Jesus. All of the pieces fit together, and we therefore conclude that the birth of Jesus occurred on the Feast of Trumpets on September 11, 3 BC, not on the Feast of Tabernacles or on Passover (Feast of Unleavened Bread).

Note: In my next Post I will discuss the significance of the Wise Men (Magi) in the birth of Jesus.